Last night I went to my jumping lesson. I’d switched nights due to a sleepless night of puppy shenanigans. Darn puppies…

Anyway, after my lesson there were two adorable little girls getting ready for their lesson. The parents were patiently waiting in the wings, watching the kids tack up. I kept thinking the woman looked familiar, but I couldn’t place where I knew her.

Until finally it hits me.. Of course, I still can’t remember her name, but I at least had identified I wasn’t off my rocker thinking she looked familiar. Ha!

So we chit chat about how we know each other for a moment , how long it’s been, etc. when she asks, “Do you own horses?”

Why is it that it always feels like I’m entering into a competition with newly found horse people every time we wade into the subject of horses?

The conversation itself was rather banal, but the subtext of these conversations always seems to contain a query to determine my importance to the horse world.  With the goal being to determine who the better rider is, and then ranked accordingly.

Maybe I add too much into these things.

But, still…  I swear, sure seemed like I was being evaluated and dismissed as anything other than a beginner rider.

Anyway, we talk for a bit until I make my awkward exit (she’s basically written me off at this point). Except, the entire car ride home I’m thinking of all those things I could’ve said instead. The things that would make her see me in the light I want to be seen in (an accomplished rider, who has had at least a modicum of success in the horse world). You know, all those things you wish you would’ve said instead of what you said.

Why’s it even matter?

I don’t really care what she thinks…

I think the issue I have is that, I have put so much time, sweat, blood, tears, into this sport that I want to be taken seriously. I want my accomplishments to count for something. I want to be seen as an accomplished and skilled rider.

Because, lately, I don’t feel like I am. And having that feeling reflected back at me, through her eyes, hurt.

They won’t tell you their gold membership fee up front though. You have to give them all your info first. Then when you see the fee and go “Oh Hell No!”, they’ll email you directly to convince you to pay. They’re actually quite persistent about you paying them.

At first they’ll offer you one (1) free month.

However, I got sick of the emails, so I replied with “I’m never paying you a dime for a membership”, and they responded by giving me a free Gold Membership.

(I’m not tossing away hard earned cash on a feed aggregator.)

(why can’t people give me cars, or money instead?!)

(I bet my Gold membership gets yanked now.)

If you’ve read more than one post, you know my content is rather sub par, sporadic, and well, as my mom put it “I read the first line and quit”. 😭

Go get your blog listed for free now too!! …where the fees are made up, and the lists don’t matter!

Twice this year, I have been the immediate cause of little kids falling off their dead broke ponies. 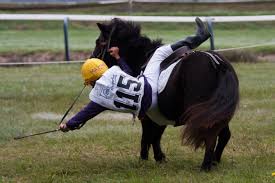