I’m fed up with the whole “power of positive thinking” movement!

Ode to the Power of Defensive Pessimism!

What if I feed, and it’s all wrong, what ever should I be doing?

What if I today I skipped my helmet, imagine would could happen!

What if today, with winds a howling, I chose to lunge instead?

Julie Norem, a psychology professor at Wellesley College, studies people she calls “defensive pessimists” who deal with anxiety by thinking about everything that could go wrong.

Her studies show that by processing the negative possibilities, defensive pessimists relieve their anxiety and work harder at their task to avoid those pitfalls. Several studies by Norem and others suggest that forcing optimism or a positive mood on an anxious defensive pessimist can actually damage performance on tasks that include math problems, anagrams and playing darts.

What ever…. You’ve already stopped reading.

You’re pouring yourself a glass of wine, and practicing your “positive thinking” right now, aren’t you?

Let me help you with that…

When the mind is negative, poisons are released into the blood 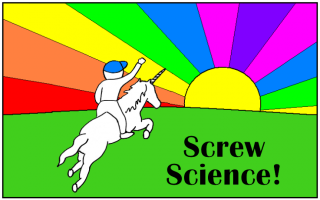 Think positively, expect only favorable results and situations, and circumstances will change accordingly.

Another useful technique is the repetition of affirmation.

Resolve to be cheerful, no matter what happens.

Or, just don’t bother with adult responsibilities at all…

Do things that make you happy! If you don’t feel like doing something, don’t do it.

Well,  the expanded arena is moving slowly.  Since we can’t afford to rent proper equipment to do this,  nor hire someone,  we’re stuck rota-tiling the entire thing and then dragging it ad nauseum until relatively smooth-ish.

Definitely going to be a “Premier Arena” when finished. 😂

For the small area I ride on now,  we were able to break up the weeds by rota-tiling and (after massive amounts of dragging)  make the area less uneven.  Still rolly,  but no ankle twisters,  or leg breakers. It worked okay.

We’re optimistic this will work on a large scale.

The rota-tiling was going fairly well,  but the old machine is popping seals and protesting!

Luckily hubby is a small engine repair God and can make just about anything work with barely any money.

He got it working again!

And this is the reality: