Last week I had the awesome experience of going to the “GDF7 CDIO3*/3* and National show and Florida International Youth Dressage Championship” show. I’m still unclear what the heck I actually went to. Something big and impressive, with lots of high caliber riders and horses… but in all honesty, it was so far above my little bubble of dressage that I was kind of lost on what the real significance of the show was. 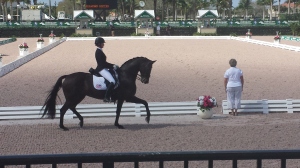 Oh! So we’re standing behind the bleachers attempting to find some shade from the blazing sun when I see this woman walking toward me. I know I recognize her, but it’s impossible because I don’t know anyone there. She gets closer and a man going the other way shouts out “Hi Lilo!”  I stand mutely under the bleachers as she strolls past us. I think I was in shock. MY IDOL!!! I immediately wanted to run after her and have her sign her autograph, then realized I had no pen! And before I knew it, she’d slipped into the “Only for People Who Bought a Table” tent.  I should have run in after her and latched on to her leg and refused to let go.

Those two people standing at A in the picture below were the gate keepers to the stadium ring. They carefully lifted the section of ring up and moved it to the left where they then carefully set it down again. They both stood at pseudo attention while the rider entered the stadium until the bell was run, then they snapped into action. Once the rider was moving down the center line, they carefully replaced the section of arena and shuffled off somewhere until the rider finished his/her test. It was quite astounding! I must have 20 pictures of them standing at attention. My hat is off to those two. It was hot out there.

It was awesome to watch, and really exciting to see so many skilled riders and great horses all in one spot! I drooled so much I nearly dehydrated myself.
More images from the show (If you click the first picture it will open a slide show. To get out, the x is top left corner). 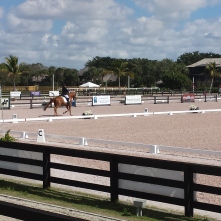 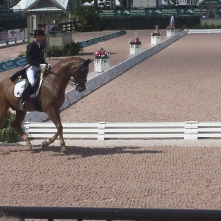 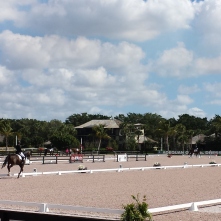 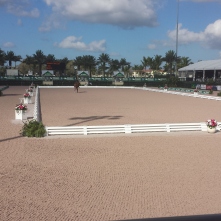 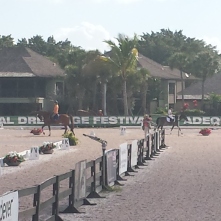 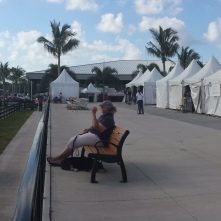 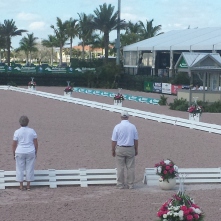